10 Best Bass Players of All Time 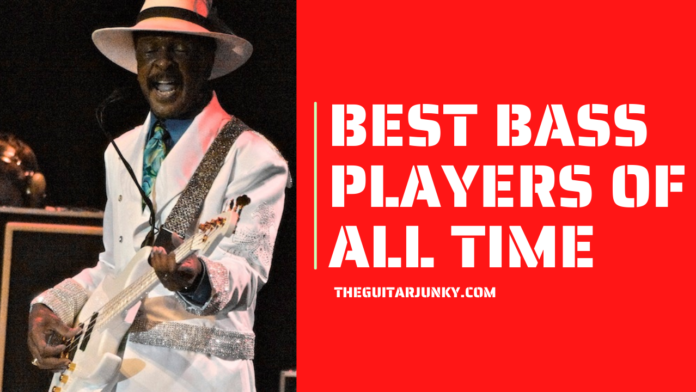 The best bass players of all time never bask in the limelight of their band’s success, preferring instead to work behind the lead and drive the rest of the song to the charts.

The majority of aspiring musicians shun the bass instrument because they think anybody can play it and that a bassist is the least popular member of any band.

Many fail to realize and appreciate that the bassist is at the core of any band, working with the drummer to give songs their fundamental rhythm and structure.

True music lovers know a band will never be complete without the bass player.

In this article, we will introduce you to ten of the best bass players of all time.

We will examine just how committed these bassists are to their craft and their instrument. 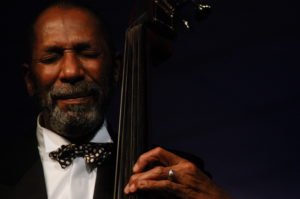 Ron Carter kicks off our countdown of the best bass players of all time with two Grammy Awards and hundreds of songs with his exceptional basslines.

Carter started with the electric bass to become one of the driving forces in the thriving jazz-rock fusion movement of the 1960s.

Ron ditched the electric bass for the double bass at the turn of the millennia, focusing on jazz instead of fusion music. 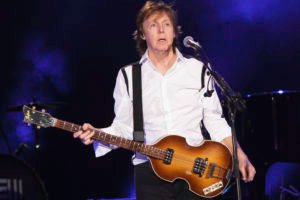 It is difficult to imagine the Beatles and their brand of rock and roll without the basslines of Paul McCartney.

Sure, this English and global music icon can sing and get a whole stadium on its feet with his powerful vocals.

However, it is McCartney’s excellent command of bass guitar-playing that endears him the most to die hard fans.

McCartney has 32 Hot 100 top-ranked songs, is a Rock and Roll Hall of Famer, a recipient of 18 Grammy Awards, and is a member of the prestigious Order of the British Empire. 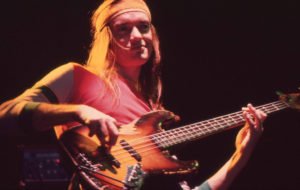 Born John Francis Anthony Pastorius III, Jaco is one of the most influential jazz bassists in history.

Unlike the typical jazz bassists of the 1970s, Pastorius ditched the classic double bass, trumpet, and saxophone for an electric bass where he could play loud and fast and perform antics on stage. 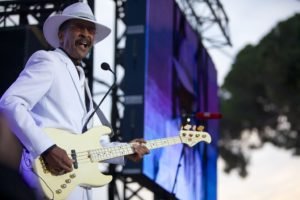 Bass guitar players who employ the slapping technique in their repertoire can thank Larry Graham, Jr. for introducing and perfecting the style.

Graham may not be a Hall of Famer, but he was instrumental in the development of the thumpin’ and pluckin’ technique other legendary bassists used in their songs.

While Graham drove the songs that propelled Sly and the Family Stone and Graham Central Station to stardom, he was also successful as a solo artist with eight albums and ten singles to his name. 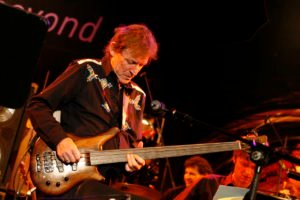 Jack Bruce proves that the Scots are not only masters of the bagpipe – they can be ingenious with the bass guitar, too.

A member of Cream, Jack Bruce is eighth on Rolling Stone’s list of all-time greatest bassists, a Grammy Lifetime Achievement Awardee, and a Rock and Roll Hall of Famer.

Playing the bass is not exclusive to men; women can be phenomenal bassists, too.

Like James Jamerson, Carol Kaye is a session bassist, delivering her basslines and punch rhythm to different artists and recording studios in the US.

Across five decades of bass-playing, Collins provided the basslines to more than 10,000 recordings.

Among her most celebrated works include La Bamba, You’ve Lost That Lovin’ Feelin’, Summer Days (And Summer Nights), Freak Out!, and With A Little Help From My Friends. 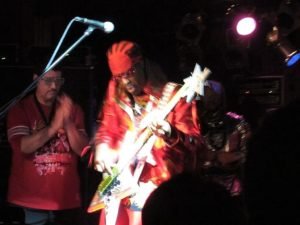 One of the most iconic names in funk music, Bootsy Collin’s driving bass lines are legendary.

Doing the rounds with James Brown and the Parliament-Funkadelic, Collins rose through the ranks to become one of Rock and Roll’s Hall of Famers.

Collins provided the basslines for the ‘70s funk music, jumping to rap in the ‘80s and pop in the ‘90s.

Few bassists can display the blitzkrieg-type fingerplay of The Who’s John Entwistle, earning him the nickname Thunderfingers.

Entwistle does not look at his bass guitar as a second fiddle to the lead guitar.

Instead, the Ox plays it with such mastery that his bass guitar creates a booming, powerful sound capable of overshadowing Pete Townsend’s guitar.

Unlike other bassists, this Rock and Roll Hall of Famer is a proponent of treble-rich sound and pentatonic lead lines. 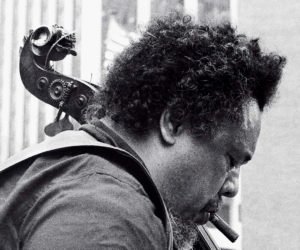 A maestro of the double bass, Charles Mingus is a demigod in the American jazz scene.

Not only is Baron Mingus one of the best bass players of all time, but he is also a gifted composer, bandleader, and pianist.

Louis Armstrong, Herbie Hancock, Dizzy Gillespie, Duke Ellington, and the other jazz legends collaborated with Mingus to deliver many of the world’s jazz standards.

Mingus is an advocate of collective improvisation, allowing everyone in the band to showcase their musical gifts. 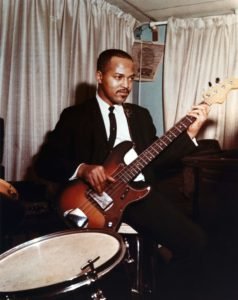 Jamerson was never a member of any band, working Motown’s recordings as a session bassist instead.

The Rock and Roll Hall of Famer was instrumental in propelling 23 songs to the top of the Billboard Hot 100 Chart and 56 top-seeded R&B songs.

This bassist is also well-loved for his melodic lines synchronized with the drum groove.

The best bass players of all time do not mind working out of the spotlight because they know their importance in the song’s structure and composition.

As the underrated drivers of R&B, jazz, pop, rock, soul, and funk, bassists continue to sharpen their skills and elevate their craft to unmatched heights.

It is about time we pay attention to the basslines of our favorite songs and imagine a tune without them.

Your song will never sound as great.