10 Best Guitar Players of All Time 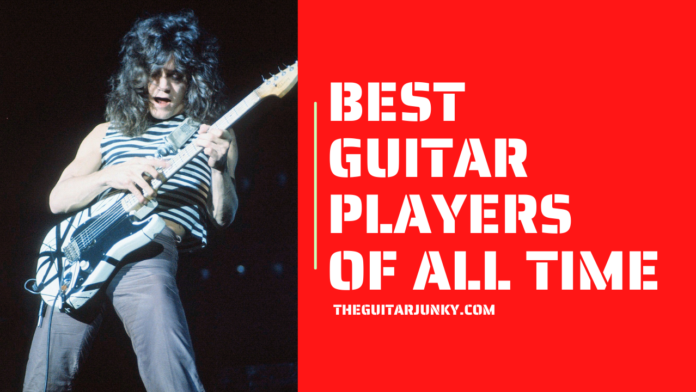 The best guitar players of all time continue to command respect from the music-loving world and inspire newbie artists to follow in their footsteps.

While other legends may spring forth in the future, contemporary audiophiles have these exceptionally gifted guitarists to thank for the music they enjoy today.

Shortlisting humankind’s greatest guitar players is a massive undertaking, requiring research and analyses of each artist’s guitar playing and contribution to the world of music.

In this article, we shortlisted ten of the best guitar players of all time.

It would be wise to take your cue from these greats if you want to be in the spotlight, too. 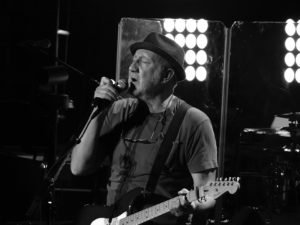 The Who’s lead guitarist, Pete Townshend, is not only a master of the guitar.

He is also a magician when playing the keyboards, accordion, violin, harmonica, ukulele, banjo, synthesizer, drums, mandolin, and bass guitar.

Townshend is a recipient of the Brit and Grammy Lifetime Achievement Awards, a Rock and Roll Hall of Famer, and a Kennedy Center Honors recipient. 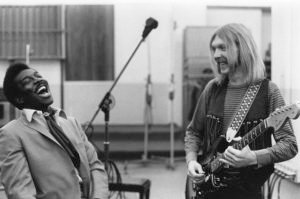 He has inventive improvisational skills and an expressive slide guitar technique that many recording studios look for and which many modern guitarists try to replicate.

Nicknamed Skydog, Allman is one of Rolling Stone’s and Guitar Player’s most influential guitarists of all time. 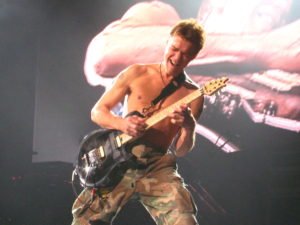 His custom-made Frankenstrat is one of a kind, perfect for slaying the guitar riffs the Dane is famous for the world over. 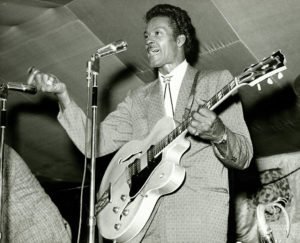 As one of the rock and roll pioneers, Chuck Berry sits comfortably at the seventh position on Rolling Stone’s greatest guitarists in history.

The Father of Rock and Roll gave the world some of the earliest rock and roll music, including Maybellene, Johnny B. Goode, and Roll Over Beethoven.

He is a Grammy Lifetime Achievement Awardee and a Kennedy Center Honors recipient. 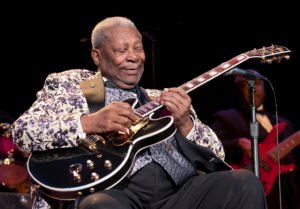 King is lord of fluid string bending, staccato picking, and shimmering vibrato, making him one of the most influential guitarists in history.

A Rock and Roll Hall of Famer, King is phenomenal in electric blues, soul, gospel, rock and roll, and R&B music.

He is also a recipient of numerous accolades, including 15 Grammy Awards and six nominations. 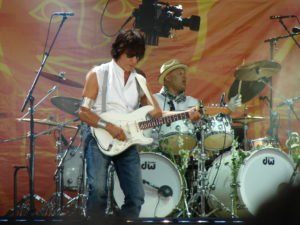 A guitarist’s guitarist, Beck is one of the most influential guitar players of all time.

He earned the respect of the mainstream music industry for his exceptional guitar-playing skills, inducting him into the Rock and Roll Hall of Fame and receiving the Grammy and Ivor Novello Awards. 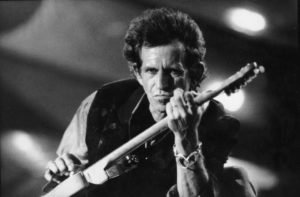 Sitting at the fourth spot on Rolling Stone’s all-time guitar greats is the Englishman, Keith Richards.

He is best known for his work with Mick Jagger on The Rolling Stones, one of history’s most successful bands.

Richards’ guitar-playing is unpretentious, insightful, and direct, focusing more on the rhythms and chords and not on competitive and flamboyant virtuosity.

Like many guitarists in this list, Richards received multiple accolades, including induction into the UK Music Hall of Fame and the Rock and Roll Hall of Fame. 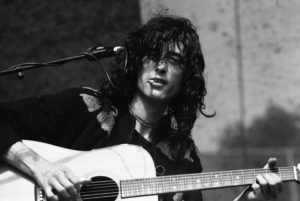 Jimmy Page did not only form one of the music kingdom’s most celebrated rock bands, Led Zeppelin.

The Englishman also changed the face of music history with an enviable idea and a commendable ethos we rarely see among today’s so-called rock stars.

He sits at Rolling Stone’s number three spot of the greatest guitar players in history while also earning the nod of both Gibson and Classic Rock as one of their most influential guitarists.

Jimmy Page is a two-time Rock and Roll Hall of Famer, one for Led Zeppelin and the other as a Yardbird. 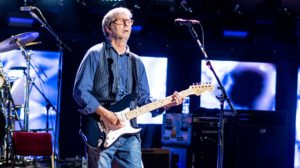 Wonderful Tonight is one of Eric Clapton’s many hits that showcased his demigod-like guitar-playing skills.

Even Time Magazine joined in showering the Englishman with praises, catapulting him to the elite circle of ten electric guitarists.

He has 18 Grammy Awards, four Ivor Novello Awards, and countless other accolades.

The ex-Yardbird is a three-time Rock and Roll Hall of Fame inductee: one as a solo artist and one each as a member of Cream and Yardbirds. 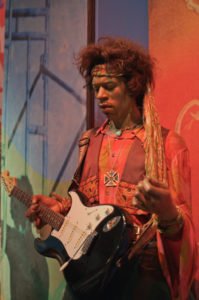 Ask any rock star of the ‘60s to the ‘90s, and they are unanimous in identifying Hendrix as their inspiration.

Hendrix pioneered overdriven amplifiers, tone-altering sound effects units, and stereophonic phasing effects that many in the industry use today.

He is a recipient of numerous awards, and many of his hits charted at the top of the rankings.

Rock music, as the world knows it, is never the same without Jimi Hendrix.

The best guitar players of all time are a rare breed known for their musicality and unparalleled understanding of their instrument and craft.

It would take some time before today’s guitarists will join the legends in the annals of music history, but only if they continue to push the boundaries of their musical creativity.