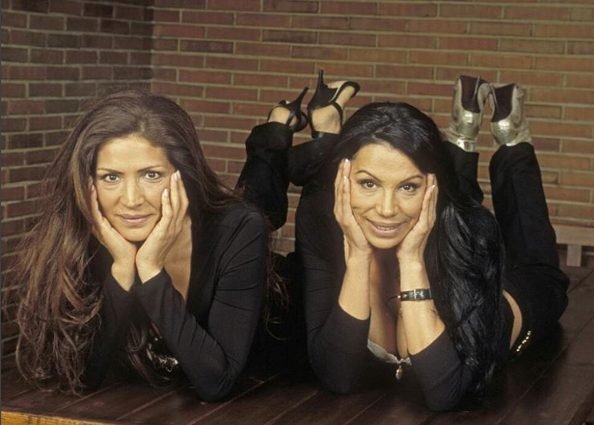 Azúcar Moreno is a vocal duo consisting of the Spanish siblings Antonia “Toñi” and Encarnación “Encarna” Salazar. Azúcar literally translates to “sugar” in English, while Moreno translates to “brown”; together, the name of the duo translates to “Brown Sugar”. Neither of the siblings provided an explanation as to why they decided to emerge into the pop industry with the name “Azúcar Moreno”.

Before their entrance and rise to fame in the music scene, the duo had to hone their talents at a young age. They took their inspirations early on from divas like Donna Summer and Gloria Gaynor. Encarna was known to have sung and danced at an early age, while her sister Toñi had her first live performance at the age of 13.

Starting as back-up singers for the band Los Chunguitos (which is consisted of their very own brothers), they were now known after being signed by the record label EMI Spain. This contract produced two albums from Azúcar Moreno, released in the years 1984 and 1986 respectively.

By the year 1988, the duo had signed with CBS-Epic, producing much bolder music with matching images. In the same year, they were able to attain their first hit single, which was a remix of the track “Aunque Me Falte El Aire”.

Two years later, Azúcar Moreno achieved their commercial breakthrough after placing fifth in the Eurovision Song Contest 1990. The duo sang a song entitled “Bandido”, written and produced by Raul Orellana. Despite suffering from a terrible technical issue that affected their performance, Azúcar Moreno was able to secure fifth place. This then paved the way for their international career in the Latin Americas.

Later, the duo worked together with renowned producers Emilio Estefan and Estefano. Recording with the producers in the United Kingdom and the United States gave Azúcar Moreno multiple awards in the years that followed, one of which is the Billboard Music Award for Best Latin Group. They easily became one of the top-selling artists among Hispanic artists.

Azúcar Moreno is known to belong to a musical family. Their grandfather had been a musician, their father had been a singer and songwriter, and their brothers also started the band “Los Chunguitos”. Their uncle had also been a famous singer, him being Porrina de Badajoz.

The Los Chunguitos is a Spanish-Romani rhumba-flamenco group, hailing from Badajoz. The stars of the band were the brothers Juan, Manuel, and Jose Salazar, all three of which are brothers to the duo Encarna and Toñi Salazar.

Starting as street buskers in Madrid, they were successfully signed under the record label EMI, with the help of producer Raul Ros. After becoming hitmakers in their own country and places in Europe, they made a few appearances in films.

The group is responsible for songs and albums such as “Dame Veneno”, “Los Chunguitos”, “Vive Gitano”, “Barrio”, and more. Appearances include soundtracks to films like “Deprisa, Deprisa”, “Perros Callejeros”, and “Dias Contados”.

Jose Salazar Molina, an uncle to Encarna and Toñi Salazar, was artistically known as “Porrina de Badajoz”. Born in 1924, Porrina was well-known as a singer by the age of 28 for the quality of his voice, which was so unique that he was easily recognizable from other flamenco singers. Porrina was also intuitive and intelligent enough to commercialize his style, that being having unique glasses and a Carnation flower on his chest, making him stand out from other singers.

Porrina was also known to have been a devotee of the Virgen de la Soledad, the patron saint of Badajoz. During the procession, Porrina would sing in honor of the patron saint. From this tradition, Porrina gained himself a statue, located at the Plaza de la Soledad, beside the Plaza Alta. He was also known to have been a very superstitious man, which resulted in the change of his date of birth seven days prior to the original.

After experiencing a hiatus in the year 2008, both sisters pursued solo careers. 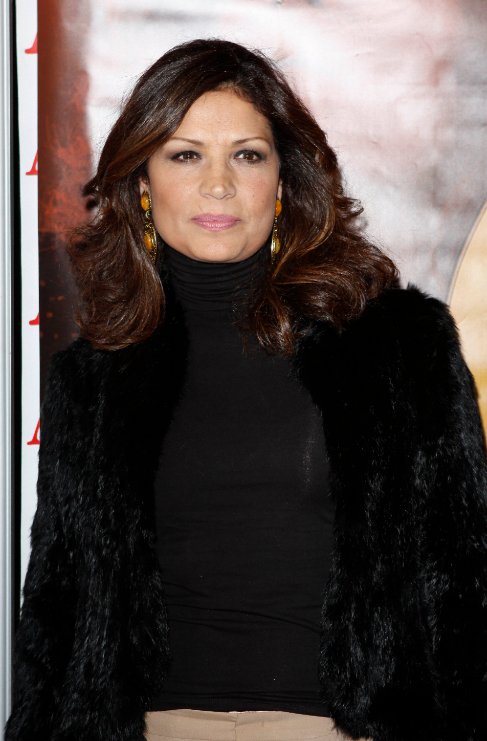 Encarna Salazar was born on January 9, 1961. As one of the artists of Azúcar Moreno, she suffered from breast cancer in 2007. From her diagnosis up until September of 2008, she received treatment for the illness through chemotherapy. By November of the same year, it was announced that the duo had broken up and was not on speaking terms.

Encarna is married to Mauricio Trillo and together have a daughter named Carolina. As a means for her solo career, Encarna has made appearances in speeches, shows, and other programs.

Toñi Salazar was born only two years after her older sister Encarna (March 14, 1963). After finding out that her sister was suffering from breast cancer by November of 2007, they took a break from the musical world as Azúcar Moreno. By September of the following year, she and her sister had decided to part ways to pursue individual careers.

In pursuing an independent career, Toñi had participated in the Eurovision Song Competition 2010, representing Spain by herself. However, the song she entered with into the competition, entitled “La Caña de España”, had already been published. The author of the song had released it two years earlier, causing the disgraceful disqualification of Toñi from the competition.

Return to the Industry

In 2014, their brothers – the members of Los Chunguitos – were made to impersonate their very own sisters on the TV show “Tu Cara Me Suena”, the Spanish counterpart of “Your Face Sounds Familiar”. The sisters appeared on stage as a surprise for their brothers. There and then did they announce the return of Azúcar Moreno in the year 2014.

The artists can be found and remain active on the following social media platforms:

Ever since their return into the music scene in 2014, Azúcar Moreno has constantly been releasing singles for their fans. They have also managed to release four new singles this year alone. From that, we can expect the duo to release more songs until they finally decide to retire.