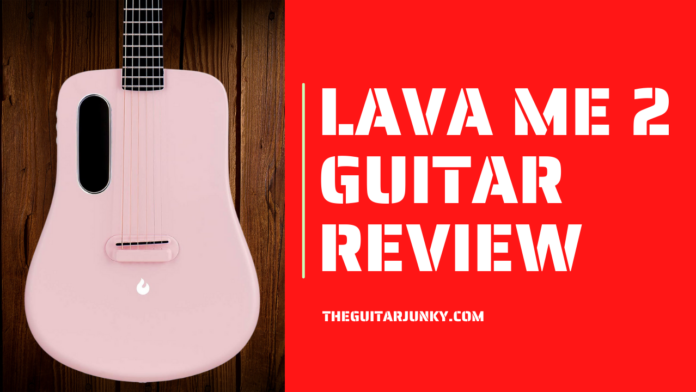 I’ve owned several guitars. And I can tell you honestly that very few come close to the performance and versatility of LAVA Music’s one-piece carbon fiber acoustic-electric guitars. While the brand is not the pioneer in such kinds of guitar, LAVA Music I think is one of the best contenders in this segment.

The company’s LAVA ME was such a phenomenon that I could hardly contain my excitement when I was told I will be reviewing the LAVA ME 2.

Fast forward to receiving the guitar — it arrived in a limited-edition red color, featuring L2 Preamp with FreeBoost technology. I gave myself 2 weeks to play around it, and here’s my in-depth review on it.

LAVA ME 2 Carbon Fiber Guitar
4.5
SEE LATEST DEALS ON AMAZON
We may earn commission from purchases made from our links, at no additional cost to you.

An Overview of the LAVA ME 2 Carbon Fiber Composite Guitar

The LAVA Me 2 is a hybrid guitar that functions both as a traditional acoustic guitar and a high-performance electric guitar. It features a unique unibody construction made of the highest quality of carbon composite materials. This guitar can unleash your inner playing prowess whether you are at home or on the world stage. 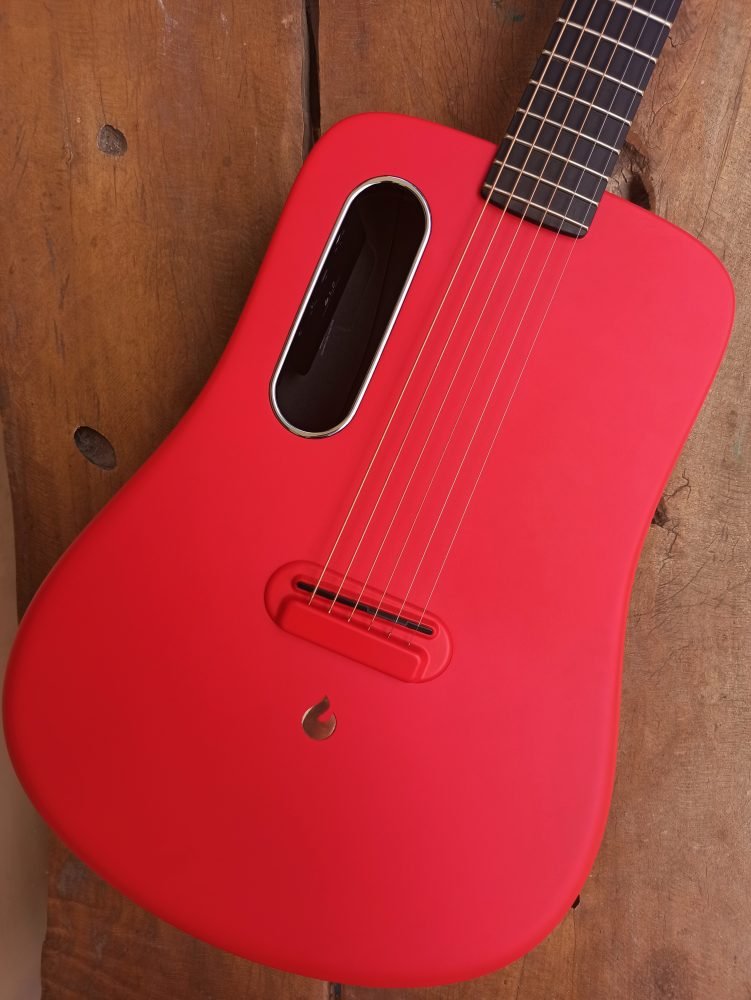 The guitar features many advances in sound technology. These technologies work together to create a sound that is clearer, deeper, and crisper than what the human ear has been accustomed to listening. There is a FreeBoost technology that amplifies the sound generated by the guitar without the need for external guitar amplifiers.

The LAVA ME 2 also features a unique soundboard and guitar neck design to further enhance the guitar playing experience. 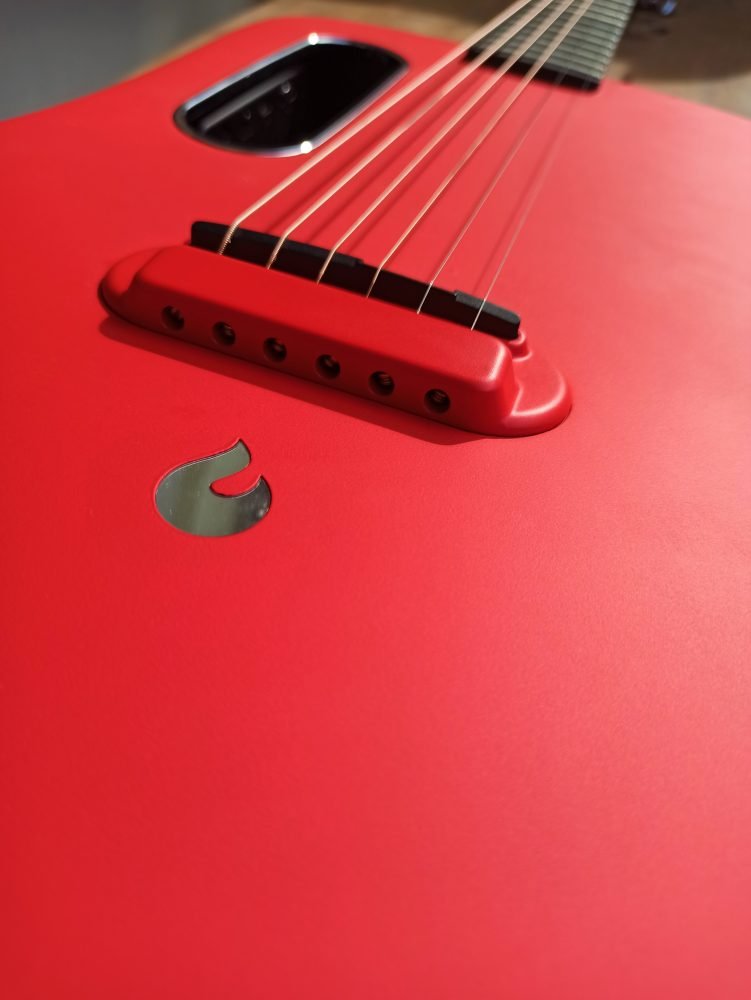 The LAVA ME 2 is tougher than any guitar you may have ever played. It can withstand temperature extremes and will never balk in humid or dry conditions.

Features I Love about the LAVA ME 2

The Special Red Limited Edition of LAVA ME 2 comes with many features that it would take me some time to describe and discuss all of them. So, I only picked the ones that I really love, and here they are:

This is the feature that I love most about the LAVA ME 2. It is like having a high-performance amplifier built into the guitar itself. I love the fact that LAVA Music designed the guitar in such a way that its rear surface serves as an integrated speaker. 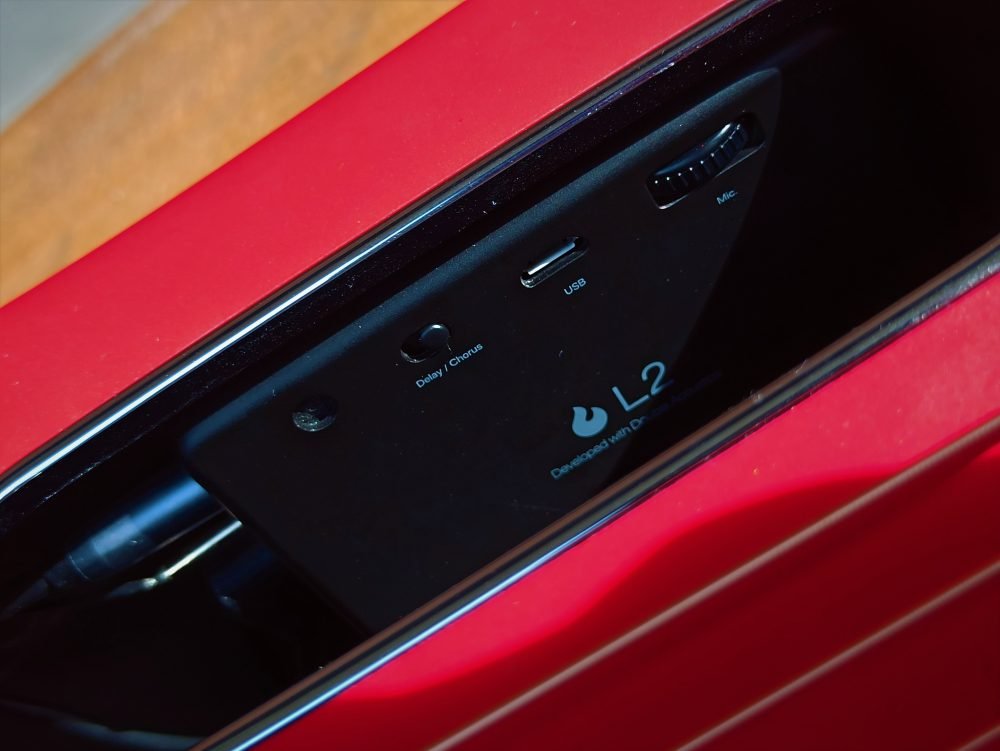 I tried it—I was amazed. I can use the chorus and delay effects, and add a reverb to make it sound like it’s plugged in an amp, of course without actually plugging into one. To nitpick however, they could maybe add a little more of volume to REALLY emphasize the effects. Nevertheless, it’s a great feature on this guitar.

The LAVA ME 2 comes with a lighter, thinner, and stronger soundboard than its predecessor. What amazed me most is the precision engineering of the individual honeycomb cells.

Each one has a different thickness and height that corresponds to its principal mechanical function. The remarkable attention to detail gives the LAVA ME2 the uncanny ability to generate amazing sound even with only a mere pluck of the string. The design gives you a guitar sound that is both clear and sonorous. 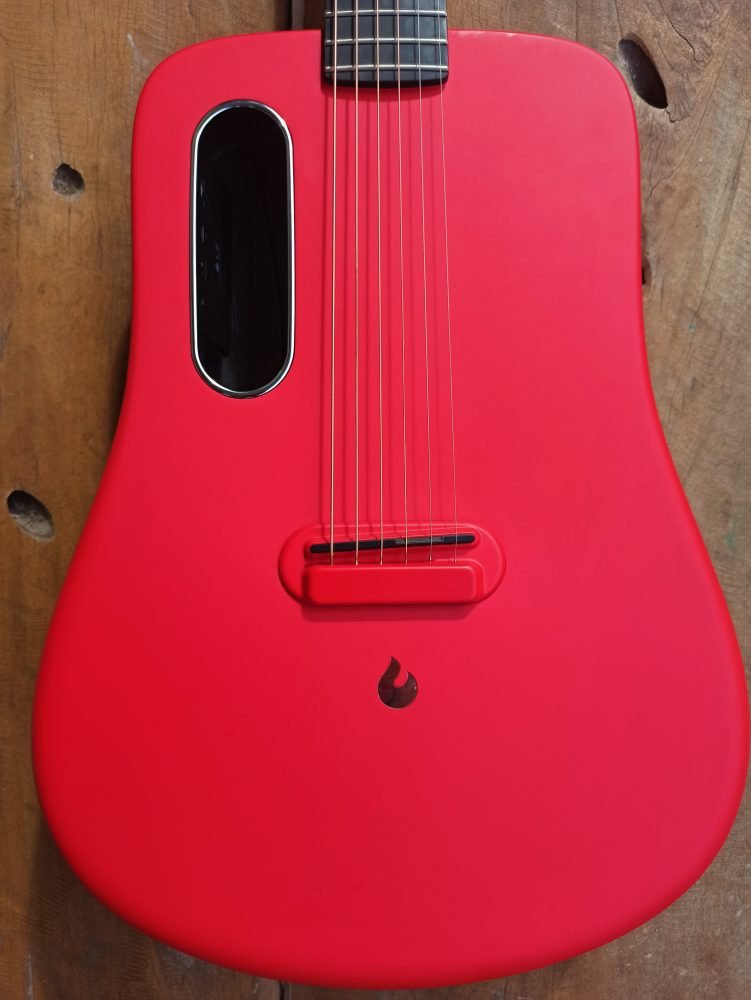 I really must give LAVA Music credit for designing a guitar that is as tough as hell. I can bring this guitar wherever I want, thanks to its unibody carbon composite construction.

The LAVA ME 2’s neck does not look spectacular, to be honest. However, it has a nice, solid feel to it that makes guitar-playing more enjoyable. 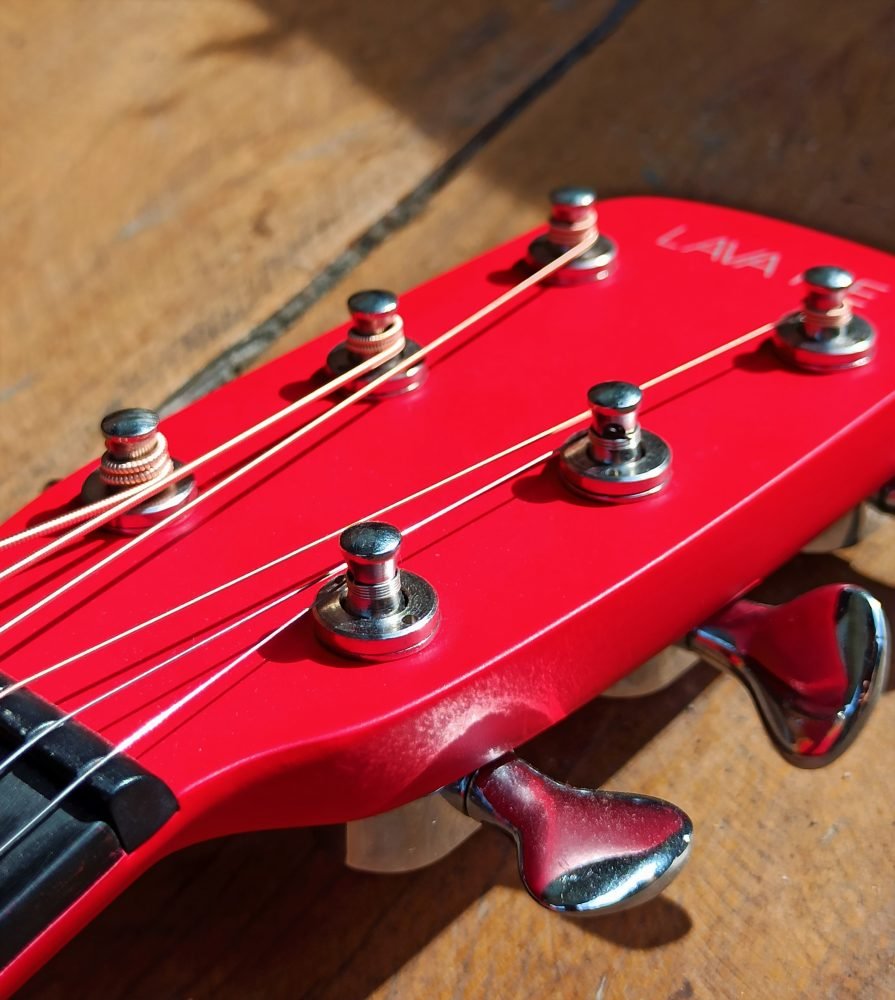 I tried playing for hours and guess what—I hands don’t feel any tiredness or numbness at all.  All thanks to LAVA’s ingenious FlyNeck design— the result is a guitar neck that is not only built for the ultimate performance, but also for optimum comfort.

Playing the LAVA ME 2

The LAVA ME 2 combines the classic tunes of an acoustic and the powerful sound of an electric guitar into one neat package. Personally, I love playing the LAVA ME2 as an acoustic guitar. No frills- just pure natural sound. It’s crisp, responsive, and has a great overall tone. I could use a more robust bass sound though on the 5th and 6th string, but that’s just me. Moving from low to higher  frets is so smooth, you feel like slicing a butter. 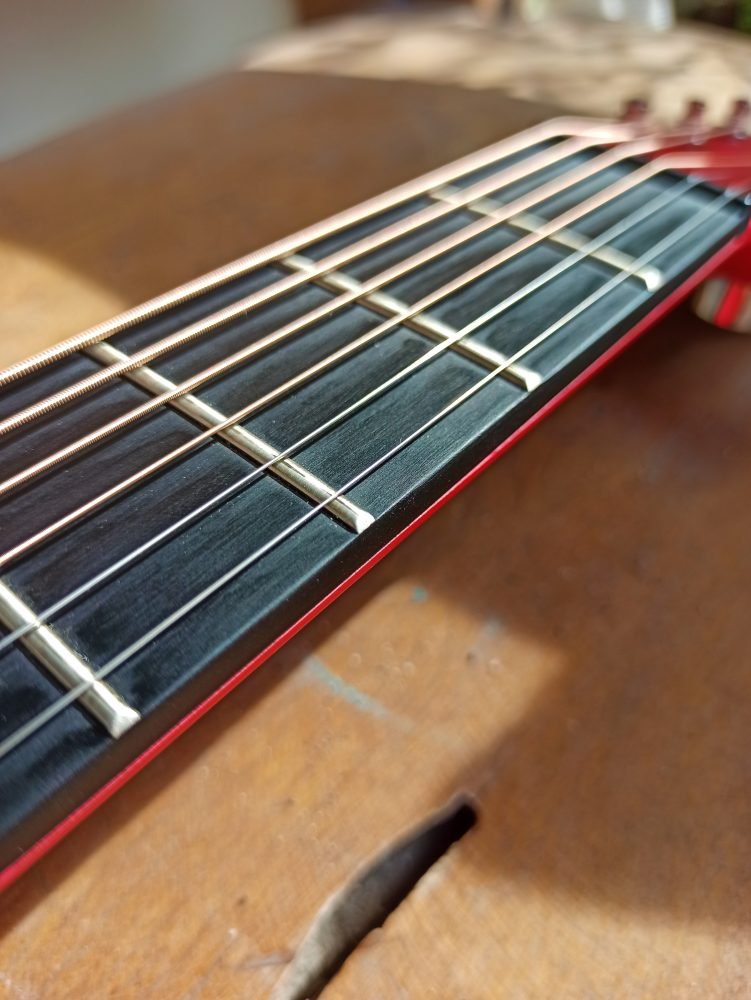 Playing with the Reverb effects of the LAVA ME 2 produced a very different experience. It has a very clean echo effect. The sound is soft to the ears, I mean – it’s just awesome.

Now let’s go through each effects:

Chorus Effect – I’ve been playing a lot of IVOS sounds these days and I find this effect really handy. I mean, how do I describe it? It made the guitar sound fuller and more defined, without getting the sound of each string overlap with each other. It made each of the strings sound clearer on their own, on the contrary. Check out the rhythm guitar sound here, to know what I mean, as they sound almost exactly the same. 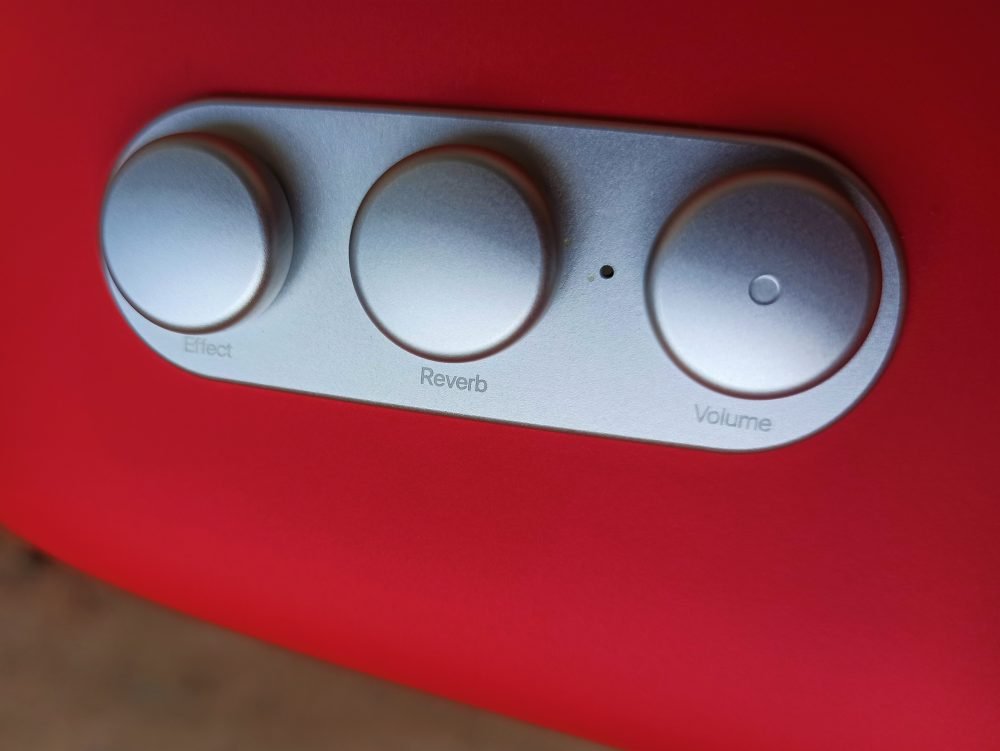 Delay Effect – Now, I find this difficult to configure at first. LOL. I turned the delay effect knob at it’s full, and the effect is quite good. Not really comparable to a delay effects pedal, but on its own, it’s already impressive. I tried adjusting it to get the sound I want to achieve (like this guitar sound right here), and it’s a thumbs up for me.

LAVA ME 2 Carbon Fiber Guitar
4.5
SEE LATEST DEALS ON AMAZON
We may earn commission from purchases made from our links, at no additional cost to you.

It is seldom that you find a small guitar that has all the features you want– small, compact, light, sturdy, has loud and crisp sound, great to play with, and comes with different colors (just a bonus though if you’re really not into traditional wooden guitars), and all can be found in LAVA ME 2. It’s an understatement that this is a superb nice little guitar, it’s way beyond that, I guarantee. See for yourself, then come back here and comment your thoughts on this guitar on the comments below.