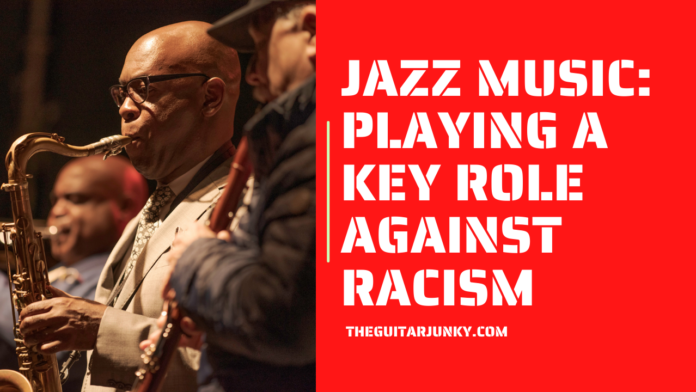 Music admittedly plays an integral part in our lives. In every melody are feelings of the musician. In every line are the stories that unfold. In jazz music, the tune reflects racial and social segregation suffered by Black culture.

Jazz is often referred to as America’s classical music, finding its roots from the African-American communities in New Orleans. Jazz music gave the black culture a source of pride.

As Afro-Americans continued to rise and perform in different parts of the country and even the world, it paved the way for the black culture to be recognized. Even as their musicians still suffered against racial prejudice wherever they go, jazz has given them hope, at least in the light of such discrimination.

Jazz As A Form Of Protest

African-American musicians used their craft as a form of protest incorporating in them themes of the black community’s struggles and the discrimination they faced.  Treated as second class citizens, the Afro-Americans translated their desire for change, freedom and emancipation to their music. Their music represents both the discrimination and segregation they had to endure and their accomplishment towards a better accepting society.

As they were called, Jazz ambassadors were sent abroad to create a front that the United States live in “racial harmony.” But this unrealistic image can be easily countered by the ambassadors’ testimonies of racial discrimination. They were not silent on the reality of how they are treated and alienated in their homeland.

The jazz ambassadors used their platform to speak up about their reality. How ironic it is that they get to represent their culture to build diplomatic relations with other countries when they continue to struggle on their own. They did not tolerate that they represent a country where they are denied access to fundamental civil rights.

Among the great musicians remembered for telling the story of Afro-Americans and their struggles in his music is Duke Ellington. Ellington was a successful musician touring around different countries to perform. 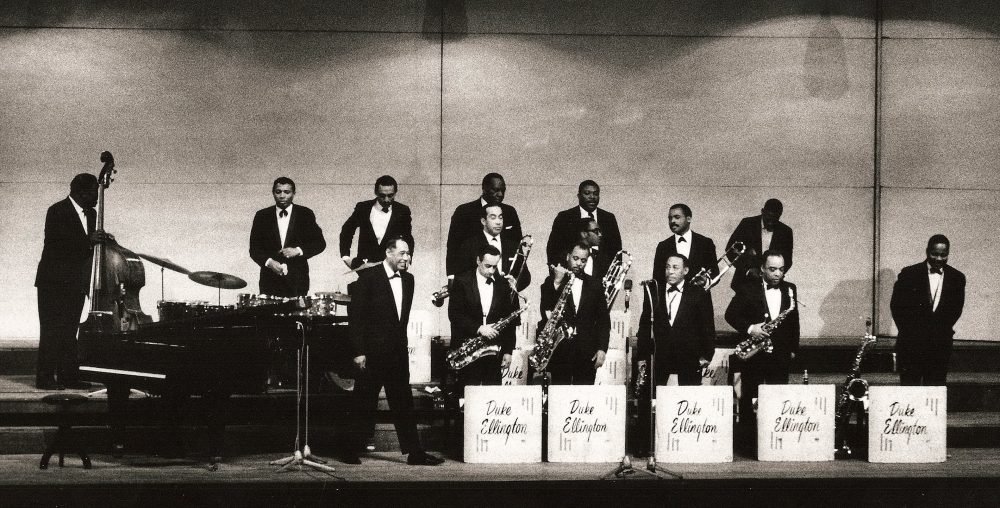 But Ellington continues with his cause and pursued music showing his resistance against racial discrimination. His musical piece “Black, Brown and Beige” and “It don’t Mean a Thing it ain’t got that Swing” gained traction in the underground movement during the Nazi regime.

Musician Louis Armstrong also significantly contributed to seeking social justice through his music. Armstrong persevered and became a famous musician with his band set for a Soviet Union tour during the cold war.

However, Armstrong canceled the tour as a form of protest and expressing dissent for an incident in Little Rock Arkansas, where eight black children were refused entry in a school. National guards were even sent to block a group of children from attending their classes.

In the timeline of significant events in history, you will find jazz music was there, giving hope and strength for the people fighting for their freedom, for the black culture in general.

Jazz During the Nazi Era

During the Nazi’s, jazz had become a way of expressing resistance and anger towards the regime. Racism was the core ideology of the Nazis. Jazz was regarded as “subhuman” music.

When society was heavily divided by race, jazz became an instrument of protest playing in the background as the African-American communities fight for their freedom.

In a book by Mike Zwerin entitled “Swing under the Nazis: Jazz as a Metaphor for Freedom,” it depicted how dictatorial regimes banned jazz because of its message. It makes people yearn for freedom and equal society, threatening the very existence of a dictatorship.

Most of the known jazz musicians were African Americans, and a lot is of Jewish background too. Playing and dancing to jazz music could easily land you to jail, costing you your freedom. But this did not stop people from swinging to the jazz. Despite banning jazz, radio stations during World War Two continued to play jazz music.

In the Civil Rights movement, jazz also has an essential role to play. Musicians took a stand, supporting their peers, setting discourses against discrimination and oppressive ideologies.

Artists such as John Coltrane and Max Roach dominated the scene with a theme of cultural self-determination. During this time, they want jazz music to be recognized as top tier music and not just some second-class composition and them as equal with everyone else in the society.

During these times, jazz music had helped in a lot of ways. As many musicians continued to support freedom movements, people got more organized and encouraged. Benefit concerts were made to raise funds to support movements and organizations against racial segregation. Voices of the minority are finally getting heard.

Jazz music created a space where people continued to desire liberation free from abuses and oppression. Not only did it help the Black culture to get more recognition from both the national scene and abroad, it ultimately gave them a voice to fight racism. Jazz music continued to play as people gathered and fight for their rights, lighting the fire and continued giving people hope.

Art serves not only for entertainment and artistic consumption, but it can also help bring light into societal issues that sometimes we are too afraid to discuss. Jazz music did just that for the African-American communities as they fight for their fundamental rights.

When the black culture continued to suffer from racial prejudice, jazz music rose and help them fight for their cause.

Jazz as an art form and as a medium for protest served its purpose well. It was able to disturb the comfortable and comfort the disturbed. Even today, racial discrimination is still present, and the fight against it continues. Jazz music continues to be relevant today as it was before, a source of hope for many.