Electric VS Acoustic Guitar – Which is Better?

Electric and acoustic guitars are two different types of guitar with different playability and sound quality. So, the question of which is better is answerable by the players himself. Both are great if you play the right music genre they are designed to handle.

It seems so cool holding an electric guitar, especially if you’re playing the songs of your guitar idols. However, being cool doesn’t mean it’s better to play.

Electric guitar has electronics and pickups onboard, which make it easier to get an amplified sound. However, you can’t achieve it unless you’ll use an amp. Also, it has volume and tone controls, plus you’ll get even more options through the amp you’ll use.

Playing an acoustic guitar is straightforward, no need to connect it to an amp unless you play in front of the crowd. It utilizes the vibrations of the strings that are caused by strumming and plucking them. It’s indeed a better choice for those who are still experimenting with what type of music style they want to play.

Many people say that electric guitars are easier to play. And, yes they are. They have smooth and slimmer neck with very low action for easier fretting. The strings are thinner, too, and seem to be closer to each other. Hence, playing an electric guitar is much easier.

Acoustic guitars, on the other hand, have a thicker neck and use thicker strings. Though some acoustic guitars have low action, they are not as low as electric guitars. An effort to push down the strings is still needed and your fingers need to toughen up.

In terms of playability, the electric guitar is better. However, this will not always translate to easier learning. In the end, it still boils down to the preference of the player.

Both guitars are usually made of wood. Different guitars use different tonewoods including mahogany, spruce, cedar, maple, and rosewood. And each tonewood has unique tonal characteristics.

Acoustic guitars are a better choice for playing country, bluegrass and pop, while electric can play almost anything, except for classical and folk music. These styles are best played by a classical or nylon-string guitar.

There’s no point comparing two different things that are made for a different purpose. However, if you want to know which is better, check yourself first. Know your music aspirations and what are the kinds of music you want to play.

If you want to get a loud sound and want to crack up your amp, you should get an electric. However, if your tendency is more towards playing country or blues, an acoustic guitar is better. Whether you prefer one over the other, the best guitar should also better your skills.

Guitar Junky
Hi there, I’m Charles, chief editor here at The Guitar Junky. I'm a professional guitarist, and have over 10 years experience in playing guitar, piano, and other music instruments. When not working, I love playing with my two lovely kids, Caryss and Philip.

When it comes to music production, a good, fast, and reliable laptop have become an artist’s best friend. From heavy...
Read more

Performing in front of a crowd is not an easy task, what more with a large open area with...
Read more

Who says cheaper studio monitors don't make the cut? Sure, the pricier options might have a better build, higher...
Read more 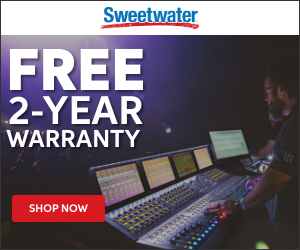 When I was a kid, I have always admired country music. Maybe, a part of this is because of...
Read more

The long wait is over. Finally, APOLLO HAS LANDED. KLOS Guitars, a company known for their premium carbon fiber travel...
Read more

When it comes to music production, a good, fast,...
Read more
Blog

10 Helpful Factors On How To Buy Guitar For A Child

The moment your kid starts to show interest in...
Read more
Blog

If you play the electric guitar, you're more than...
Read more
Blog

How To Replace Your Guitar’s Pickguard

Whether you’ve been playing the guitar for years or...
Read more