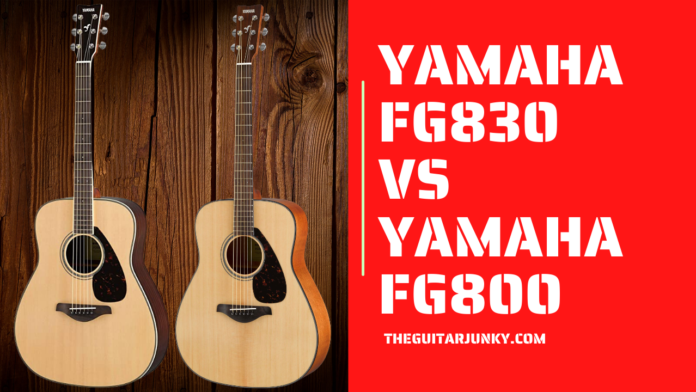 Yamaha’s FG700 series is one hell of an acoustic guitar. Now, imagine upgrading this guitar and you’ll now have the FG800 which is really phenomenal.

And today, we are going to look into two guitars from this series, the Yamaha FG830 and Yamaha FG800. Let’s see who wins. 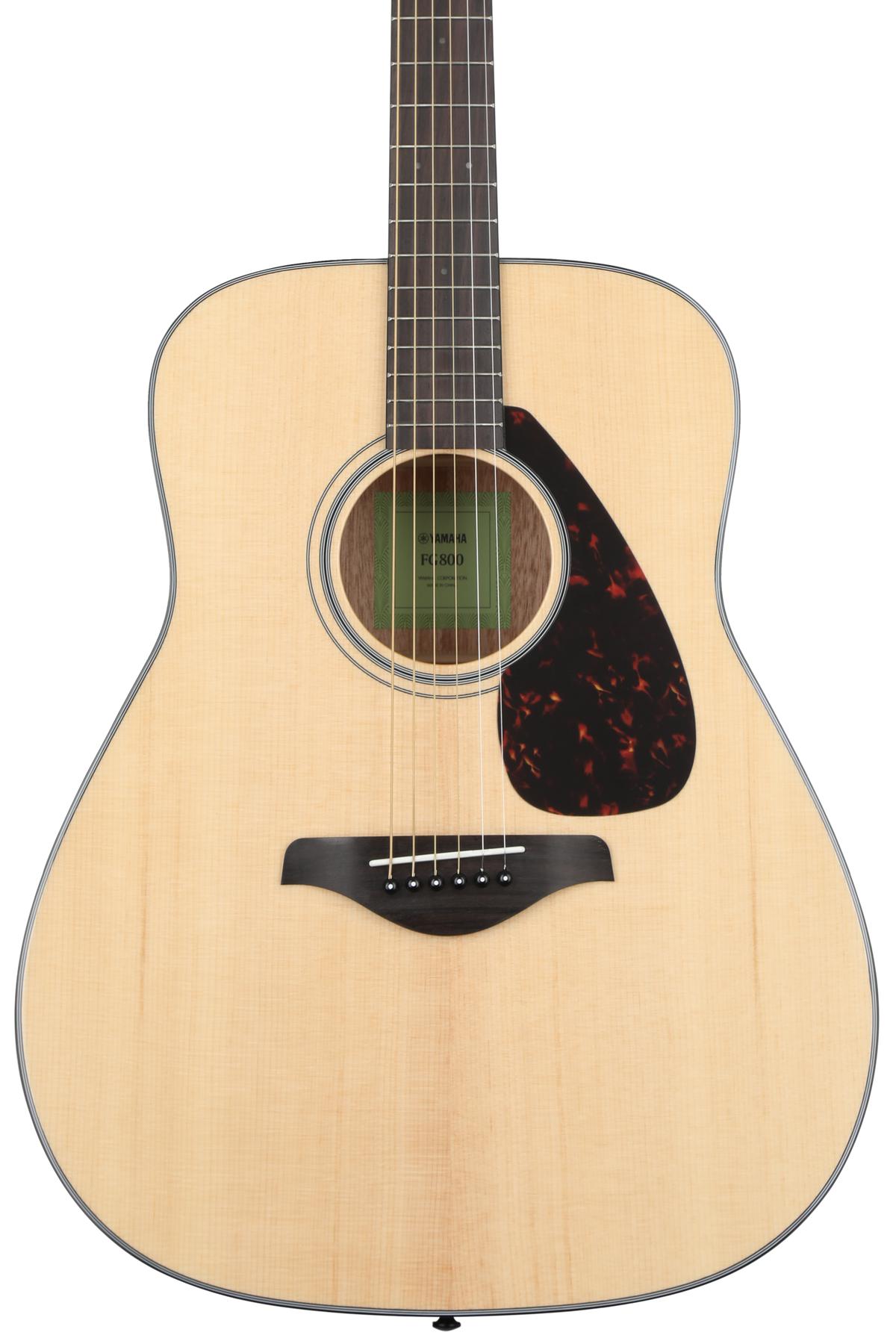 The Yamaha FG800 is the direct successor to the Yamaha FG700s. Both of these guitars are made from the same materials(solid sitka spruce top, nato back and sides, nato neck, rosewood bridges). But the only difference is the internal bracing. The FG800 features an enhanced internal bracing which makes the guitar produce a fuller and defined sound.

YAMAHA FG800 Solid Top Acoustic Guitar
4.7
CHECK PRICE ON SWEETWATER CHECK PRICE ON AMAZON
We may earn commission from purchases made from our links, at no additional cost to you. 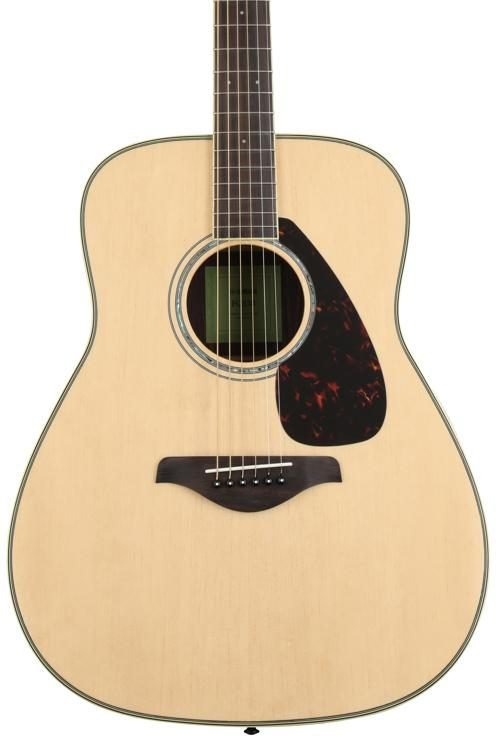 On the other hand, here’s another guitar that also has almost the same features with the Yamaha FG800. It also has an enhanced internal X-bracing.

Yamaha FG830 Solid Acoustic Guitar
4.8
CHECK PRICE ON SWEETWATER CHECK PRICE ON AMAZON
We may earn commission from purchases made from our links, at no additional cost to you.

Rosewood material on a guitar produces a  warm and dark tone at the same time, with a nice sustain.

On the other hand, Nato material produces a brighter tone, a faster response, though with less sustain.

As the cliche goes, “less is more.” And this is what this guitar is all about. Though it only comes in a natural finish, it overly compensates on the sound. The Yamaha FG800 is a straightforward acoustic guitar that sounds awesome right out of the box.

This is an overall great acoustic guitar, though there are some things that makes us prefer the 830. The FG800 only comes in one finish, which can be a bummer if you want to choose among a variety of finishes. Next is the sustain. Nato is a common wood material among guitars which makes it cheaper than the Yamaha FG830, which is made from rosewood.

Having said that, it also has less sustain compared to the FG830.

We have to choose the Yamaha FG830 because it just dominates the FG800, overall.

Let’s get into the aesthetics first. The white binding around its body looks awesome – who wouldn’t love that?

Next is the sound. Rosewood is an exotic type of wood material, which makes it more expensive than Nato. It produces a dark, warm tone, and a long sustain. In its the price range, you would not find any other rosewood guitars that are greater than this which makes the Yamaha FG830 worthy of its price.

Yamaha FG830 Solid Acoustic Guitar
4.8
CHECK PRICE ON SWEETWATER CHECK PRICE ON AMAZON
We may earn commission from purchases made from our links, at no additional cost to you.

This is one of the toughest decisions that I have to make. Choosing between Yamaha FG800 vs Yamaha 830 can be difficult. Each is made from exactly the same material except for the side materials. Each guitar almost sounds the same, with only a slight difference.

However, there should only be one winner and it’s the Yamaha FG830.

Did you find this Yamaha FG830 vs FG800 review useful? Let us know by leaving your comments below.

Check out our other guides