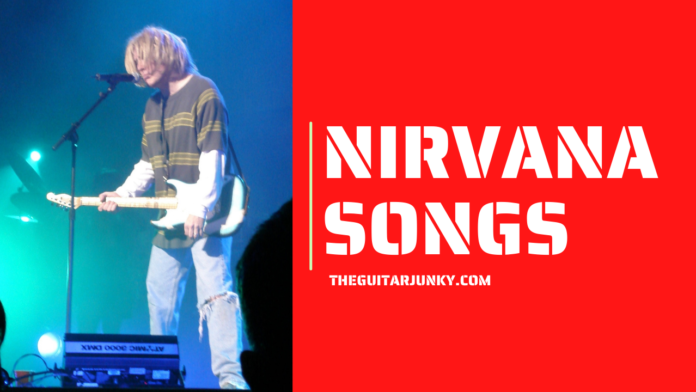 With 18 successful albums under their belt, three of which are studio and five live, there is no doubt that Nirvana is one of the most popular and successful rock bands ever.

It took two years for the band to release their debut album in 1989.

The Aberdeen, WA-based rock group never failed to live up to the expectations of its millions of adoring fans and even non-rock audiophiles across the globe.

This brings us to the question what songs the music-loving world considers as the rock band’s top 10.

Join us in our countdown.

If you are looking for a Nirvana song that you will be humming every single day as you grow old, then On a Plain is it.

This is not an all-out grunge or punk rock that the band is famous for. It is a pop song. A very beautiful piece at that, too.

The composition is quite muted compared to those we hear from the alternative rock scene. The intro is both moving and simple.

You need to listen to the high-harmony vocal backing of Dave Grohl. It gives the song a very surreal feeling.

This song may not be on the top of this list, but it sure is the best piece if you were to ask Kurt Cobain.

Musicologists say Cobain considered this song as many times better than his other works.

As if his vocals are not enough, Cobain also belted a noise breakdown to further fuel the tension already afire in the musical piece.

The song has a very poppy composition, tiptoeing between alternative rock and a dance pop.

Drain You is a love song, filled with a colorful imagery that served as a prelude to Nirvana’s next album.

MTV’s Best Alternative Video of 1993 also happens to be one of Nirvana’s greatest songs. It has the band’s signature formula of starting quiet and moody, before blasting the senses with thunderous middle sections.

There is this uncanny ability of the band to switch between bass-driven, moody verses and ecstatic choruses.

It is an anthem that many aspiring grunge artists will do well to pay attention to. So great is the song that Rolling Stone magazine listed In Bloom as its 415th all-time greatest song.

People think that Kurt Cobain is all grunge and punk.

He wanted to do a pop song for so long that it took him a few years to pen About a Girl and a couple more before deciding to include the song in the group’s 1989 Bleach album.

True enough, the song offers a very different Cobain. His melodic impulses are as strong as his passion for pop songwriting.

It showed the world that Nirvana is not only good at ear-splitting thrashes. It can also be a balladeer with a soft underbelly.

Here is a song that demystifies Kurt Cobain.

While rock and roll legends can sit on their throne all day long until it is time to relinquish their seat, Heart-shaped Box offers a very rare glimpse into the humanity of Cobain.

It took some time before Cobain got everything together.

By then, the song has metamorphosed from a behind-the-closet scribblings to a fantastic hit about children with cancer.

It is a moody song that can make your heart bleed, only to shock your soul in the chorus.

A true rock and roll piece, Lithium has all the right elements of a classic.

Grohl provides the song with a very steady rhythm, while Cobain works out his passionate noodling.

Before the song ends, the ears get treated to a furious and electrifying instrument-smashing glory.

Lithium is a great rock and roll hit crafted with flawless efficiency.

You cannot get the band’s inspired anger in a more constructive manner than through this song.

Its message is relatable, too, especially among those who are trying to conquer their demons.

This is one of the Nirvana front man’s last songs before he passed away in April 1994.

Years of squabbling between the band and Cobain’s widow led to the delay of the single’s release.

The verses are mellow, a full complement to Cobain’s raspy voice.

By the time you get to the chorus, you are treated to the full angst of Kurt’s passionate vocals.

Come As You Are

This song was on the same album as Nirvana’s greatest song ever.

This does not diminish Come As You Are’s allure to the growing fans of the band. Its most iconic feature is the unusual ‘watery’ tone of the verses and every pre-chorus.

The opening parts are quite moody, although some people like to think of it as subdued.

This is a stark contrast to the powerful chorus where you get Cobain belting out. We are not only talking about Cobain’s vocals.

His guitar solos are also full of pyrotechnics.

Many people consider All Apologies to be Nirvana’s best ever song.

While we could not agree more, it does lack the powerful guitar riffs and unique composition of our number one Nirvana song.

We can argue all day long and many people will still be right. All Apologies is one of Nirvana’s best.

Otherwise, this song will not be inducted into the Hall of Fame of Rock and Roll as one of the most influential musical pieces that shaped the genre we call rock and roll.

A catchy intro. A simple yet addictive rhythm.

The opening parts of this song give the impression that it is a pumped-up ballad or a softened rock.

However, as Kurt Cobain belts out his signature vocals, fans can never stop themselves from crashing the dance floor.

Smells Like Teen Spirit is, without a shadow of doubt, Nirvana’s best piece.

his is regardless of what other audiophiles will say. We all love the shifts in dynamics and volume.

It moves from a serene ballad-like music to a loud thrashing piece.

The wobbly guitar chorus blends well with the quiet verses, only to be shattered by the hardcore chorus of a true-blue alternative rock great.