The Digital Audio Workstation (DAW) market is growing at an unprecedented pace, and home recording and sound production tools are now more accessible than ever.

While DAW accessibility is a welcome development, it challenges aspiring home recording artists, musicians, and sound producers to choose only the best workstation to bring home.

Never fret if you are in this predicament because I will help you make a wise decision.

While these products make excellent audios and have the respect of audio engineers, they are not for absolute beginners.

I must caution you that these digital music production tools are better suited for people who already know the basics of sound production.

If this is you, sit back and join me as we explore which between Logic Pro vs Pro Tools will have your nod.

In general, Logic Pro is for Mac-using musicians and professional sound producers, while Pro Tools is excellent for professionals, hobbyists, and anyone in between.

Here is a rundown of the two DAWs’ principal differences. 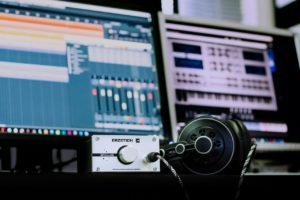 C-Lab, a German software developer, developed and introduced Logic Pro as Notator Logic in 1993 before renaming the company as Emagic.

Before 2011, Logic Pro was available in boxed versions.

After December 8, 2011, one could only buy Logic Pro from the Mac App Store,

The system was a visual sample editing software for keyboards, which the duo refined for universal compatibility.

By June 5, 1991, Digidesign was ready to introduce the first-generation Pro Tools for a staggering price of $6,000.

Although it was a complete system, many found Pro Tools v1’s price tag too prohibitive.

Nevertheless, it did not deter the company from developing Pro Tools further, becoming one of the world’s leading and respected digital audio workstations today.

Today, you can get Pro Tools for free, which I find amusing since this well-respected DAW started with a four-digit price tag. 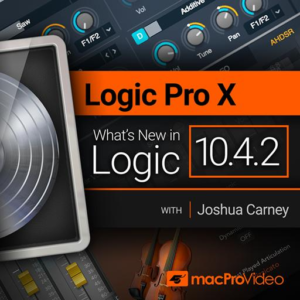 Although the early Logic Pro versions worked with Macs and Windows, later iterations (starting with the sixth version) only work with macOS platforms.

Hence, you can only buy Logic Pro from Apple’s Mac App Store for a one-time fee of $199.

It sounds like an exceptional deal for first-time Logic Pro users.

Users of earlier Logic Pro versions must decide whether the upgrade (and the $199 fee) makes sense, considering the latest version only has a few improvements over the iteration directly before it.

However, if one has a fifth-generation Logic Pro or older, upgrading to Logic Pro X should be an excellent decision.

Like anything else with the Apple badge, you cannot expect to get a free ticket or a discounted rate for using Logic Pro for educational purposes. 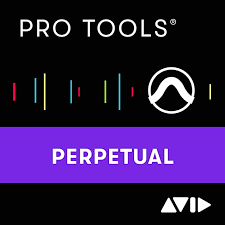 Pro Tools offers greater purchasing flexibility, enabling anyone to get the right package for their needs.

First, it works with PC and Mac computers, allowing almost anyone with a computer to use the system.

It also comes with 23 plug-ins, which is sufficient for the beginner music producer or the person who only considers sound production a hobby.

You can automate the volume, plugin parameters, pans, solo, mute, and sends settings.

Collaborating with other people is also a cinch because this software package allows up to three projects stored in the Cloud.

The Pro Tools First is suitable for those who are only starting out in sound production.

The next tier in Pro Tool’s three-package offering is the Pro Tools, which you can get for only $34.99 per month for a full one-year subscription.

If you decide to pay the full 12 months upfront, Avid takes two months’ worth of subscription off your order and saves at least $70.

Your monthly payments will only come out as $29.99.

Paying the one-year subscription upfront also entitles you to more than $1,500 worth of Inner Circle Rewards, including special offers and free products Avid delivers to your doorstep all year round.

If you cannot pay the 1-year subscription upfront, you can still commit to subscribing for at least a year and save $5 per month.

You also get the Inner Circle freebies.

Suppose you decide not to commit to a one-year subscription, the features and functionalities you get will still be a significant bump from Pro Tools First.

If you are into video and audio editing and management, the Pro Tools Ultimate is for you.

You can get this software package for a low price of only $89.99 monthly.

Like Pro Tools, Pro Tools Ultimate allows you to subscribe to a 1-year plan and pay a monthly fee of $79.99.

The upgrades you get are sufficient to start a professional recording studio right in the home.

It has connectivity to 64 non-HDX I/O hardware and 192 HDX Classic and Hybrid Engines.

As mentioned, the Pro Tools Ultimate is perfect for cinematic editors because it can manage 74 video tracks with access to Avid’s advanced video editing technology.

It is worth mentioning that Pro Tools also has software packages for companies and educational institutions.

For example, the Pro Tools for Students and Teachers is available for only $99 for a one-year subscription paid upfront.

Schools can also opt for a monthly subscription for only $9.99, good for one year.

They can also opt for a lifetime Pro Tools subscription for a one-time fee of only $299.

With plenty of purchase options, Pro Tools makes it easy to decide between it and Logic Pro. 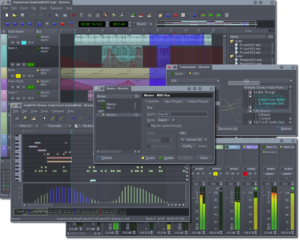 Logic Pro and Pro Tools are feature-rich digital audio workstations that can transform almost any audio into a Grammy-worthy piece.

Now, it is time to look at the features that differentiate these two DAWs.

On the other hand, Pro Tools offers the following features.

Both Avid (Pro Tools) and Apple (Logic Pro) went to great lengths to make their platforms as effortless to use as possible.

Hence, asking which between Logic Pro vs Pro Tools is easier to use is academic.

It is like going back to the old debate whether a Mac is better than a PC or vice versa.

I think the real question is whether the user has sufficient knowledge to utilize all product features to the fullest or not.

Logic Pro and Pro Tools are feature-rich digital audio workstations, which can overwhelm some beginners to sound production.

That is why I believe these platforms are best suited for people who already know what they are doing.

However, Pro Tools’ Active Community gives beginners an excellent venue for understanding the basics and polishing their skills by learning from fellow Pro Tools users.

There is also the question of whether you are a Mac or PC user.

It makes perfect sense for PC users to choose Pro Tools to optimize the machine they already have.

If they decide to get the Logic Pro, they must purchase a Mac computer.

Although Logic Pro is only available on Macs, you can rely on its exceptional audio recording, editing, mixing, and mastering performance like you would any product with the Apple badge.

You can get it for only $199.99, and you will never worry about recurring fees again.

Unlike Logic Pro, Pro Tools provide exceptional operating system compatibility, allowing both Mac and PC users to install the program and become the music wizard they envision themselves to be.

You can get one of three Pro Tools software packages, including a free version for beginners and hobbyists.

There are also attractive pricing schemes for businesses and educational institutions.

Pro Tools’ Cloud Collaboration and Active Community makes learning how to use the software and create award-worthy projects as easy as possible.

You will never go wrong choosing either Pro Tools or Logic Pro as your digital audio workstation because both platforms provide exceptional sound management capabilities.

That is why it is not unusual to find seasoned sound producers having both software.

To make it easier to decide, you might want to pick Pro Tools if you are more confident using a PC.

Beginners should also consider getting Pro Tools First; they can always upgrade to the Pro Tools or Pro Tools Ultimate if they want more robust audio management.

On the other hand, Logic Pro is more to your taste if you are a Mac loyalist.

Either way, you will never feel short-changed with these two digital audio workstations.