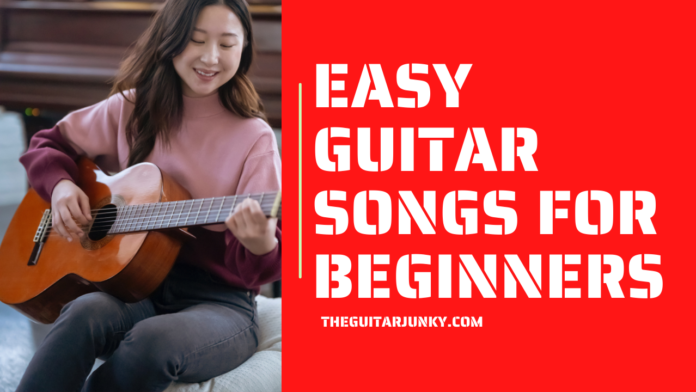 You’ve seen our guitar buying guides, you’ve read what we had to say about this year’s best acoustic guitars for beginners, and you’ve probably bought a brand new guitar as well.

If you haven’t started learning and practicing your guitar chords, you should start from there. But let’s face it – playing the guitar without a catchy tune or a melody can be boring. And the last thing you’d want to happen is for you to fall out of love with guitars just because of how bored you are.

Even if your skills aren’t at par with the standards just yet, it doesn’t mean that you have to stick it out with repetitive guitar chords until you get there. Why not start with a couple of easy guitar songs to sing and play?

Not only will you be able to impress someone, but you will also feel a lot more motivated to advance your skills. 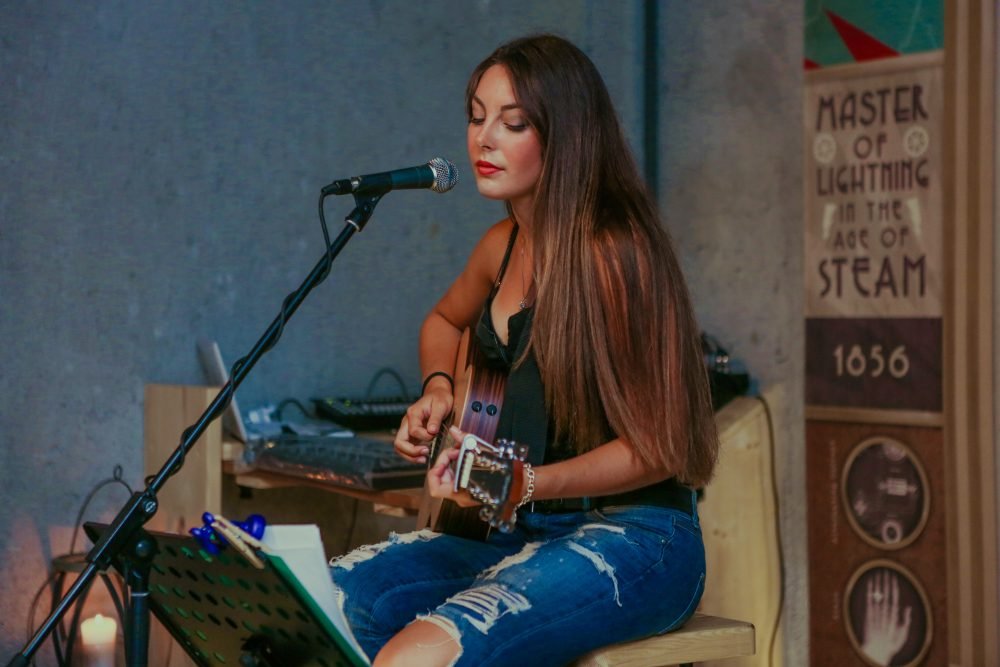 Below is a list of some easy songs on acoustic guitar for beginners:

John Legend’s hit song, All of Me, was released last 2013 in his fourth album, Love in the Future. Legend dedicated this romantic and heartfelt song to his wife, Chrissy Teigen. So, if you’re looking to impress a special someone with a song number, this is the choice for you.

Also Read: What Are Some Chords That Sound Sad on Guitar?

Learning a slower song first is recommended for beginners because it helps your fingers get used to changing guitar chords. Although you can also do this with a faster song, you’ll feel less pressured and stressed from a slow song.

Another great thing about learning “All of Me” is the fact that it uses only five chords throughout the whole song. For a beginner, that may look a lot but among those five chords are some of the easier chords to learn anyway.

2. “Pumped Up Kicks” by Foster the People

Related: How to Play the G Chord? (The Right Way)

Released last 2010, Pumped Up Kicks was the band’s breakthrough hit, and it was considered to be one of 2011’s most popular songs.

If you love indie music, and you’re also looking for a more upbeat song with a moderate speed, Pumped Up Kicks by Foster the People is a good song to learn.

Just like the previous song, Pumped Up Kicks also has five guitars chords throughout the whole song. As long as you master these chords, you can easily learn how to sing and play this song.

Are you a big fan of classic rock? Learning anything from The Rolling Stones may sound daunting but you’ll be surprised to know that this hit song is quite easy to play. The Honky Tonk Women was released in the year 1969 and it was a chart-topper for both the US and the UK. And the best part of it all? You can play thing song with just four chords.

4. “Cherub Rock” by The Smashing Pumpkins

Cherub Rock is a Grammy Award-winning song by The Smashing Pumpkins. Released in the year 1993 on their album, Siamese Dream, Cherub Rock is one of the most beloved hard rock songs there are in history. If you love hard rock, this is the perfect chance to play this song even if it annoys your mom or your neighbors.

One would think that such a song would take a lot of time to learn but it’s not as difficult as it seems. Although this song has more chords than the previous suggestions, you’ll soon realize that transitioning from chord to chord is easier than you thought.

Not a fan of hard rock or metal? Tune in to some Bruno Mars with one of his biggest and most popular hits, Lazy Song. Apart from this song being catchy and fun to play, it also has only four chords – you’ll play that Am just once for the bridge so technically, that’s a total of three chords to master.

Taylor Swift is one of the world’s leading contemporary artists today. She created some of the most popular hits of this generation, one of them being this upbeat and catchy song, Shake It Off. But don’t be deceived – this song can be played on the guitar with just three chords. It’s practically one of the easiest songs on this list.

Bon Jovi’s It’s My Life should be more than just a karaoke favorite. Give the song more credit by singing this song while playing the guitar. This hit from Bon Jovi is one of the most iconic songs in the year 2000s. And despite how complicated you think it might be, it’s not impossible to learn how to play this song. This song can be played with just four chords and as long as you master them, you’ll be ready to belt this out while on the guitar sooner than you think.