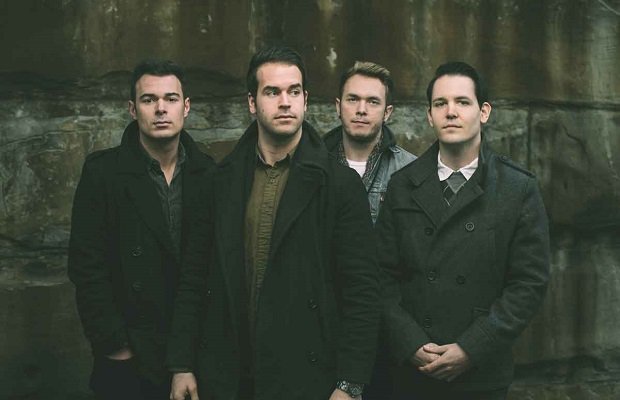 Conditions is a rock band formed in the early 2000s. Composed of ex-emo band members from Virginia, Conditions started on their own in Richmond, Virginia. Lasting eight years in the music industry, the band released two albums, as well as being able to work with certain producers like Paul Leavitt.

In late 2006, the band initially set-up in Richmond, Virginia, before transferring camp to Baltimore. There, they started their career working with producer Paul Leavitt as a start to their career. In 2007, they made an appearance at the Bamboozle Festival, where they were becoming noticed by the crowd. An appearance in the Vans Warped Tour helped increase their fame, too.

Alter the Press compared this album to those of heavy rock bands, such as Saosin and The Receiving End of Sirens. In an article by Sean Reid, Conditions was praised to have sounded like the bands mentioned. It was even said that Conditions was adding some punk to the post-hardcore genre. In addition, their song, “Natural Competition”, allegedly sounded like it came directly from a Saosin album.

In 2013, the band was able to release another full-length album under Good Fight Music, entitled “Full of War”. A review of the album’s 11 tracks for HM magazine was then written by writer Sean Huncherick. There, it was stated that the album belonged to the alternative rock genre of the early 2000s. However, the writer further commented that only very few songs were memorable, and that they would work better off as singles.

All in all, the band made 200 shows. They likewise appeared in shows in the United States and Europe, together with bands like Paramore, New Found Glory, Red Jumpsuit Apparatus, and Good Charlotte. These appearances gave a major boost to the band’s renown. Aside from the Bamboozle Festival and Vans Warped Tour, they were also able to secure positions in Taste of Chaos and SXSW Music Conference.

Apart from being a former member of the band Scarlet, Brandon was the lead vocalist of Conditions. He and his incredible vocal range were much acclaimed in the review by Alter the Press. He also appeared on the album “This Was Always Meant to Fall Apart” of his previous band.

Brandon can be found on Instagram as 8randonisalive. He is married to Meghan Roundtree, and they have a son named Jackson Summit.

Alex was a guitarist and vocalist for Conditions. Besides that, he was a former member of the bands The Relentless (background vocals) and Motion Picture Demise (vocals, guitar, and violin). With him, Conditions was able to release two albums and two singles and EPs.

He can be found on Instagram as alexmarkhoward, and is married to Dre Smotherman.

Since 2009, Corey has been a bassist for Conditions, replacing former bassist Riley Emminger.

Corey can be found on social media through the official band page on Facebook: @conditionsband. He is on Twitter with the handle @coreyconditions.

Ryan has been the drummer for Conditions from the start. He remains to be the drummer of the group to this day (as evidenced by their latest release).

Ryan can be found active on Twitter with the handle @RyanConditions, as well as the official band page on Facebook. He appeared in a 2014 interview by Kill Your Stereo, answering questions together with Brandon Roundtree.

Jason has been a guitarist and vocalist for Conditions ever since. He is mentioned on the official band page on Facebook, and has helped Conditions release a new single entitled “Give It All”.

After releasing their album “Full of War”, Conditions announced in November 2013 that they were breaking up. In 2014 alone, they went on tours in the United States as a final farewell to the fans. Their last farewell happened on July 12, 2014.

When asked why they decided to quit the music industry, lead vocalist Brandon Roundtree and drummer Ryan Tinsley reported that they simply “hit a wall”. They claimed that they could no longer tour and produce quality music, in the way that new pop/rock bands rising to stardom have begun to do.

In the same interview, the band reported that the farewell shows were their way of leaving the music industry in a “blaze of glory”, with drummer Ryan Tinsley saying that the band was “running backwards off a cliff with machine guns blaring”. This interview was held by Rob Foster of Kill Your Stereo.

In another interview by NQ Music Press held by Kris Peters, Brandon Roundtree explained that the band was not making enough financial growth to support them as individuals. He also clarified that the band was not breaking up out of spite, since they indeed loved each other. They then went on to talk more about how music is a very difficult industry, especially when there is so much financial instability.

In 2015, the band played at Soundwave 2015 festival in Brisbane, Australia, on the dates February 28 and March 1. This was made possible when AJ Maddah tweeted that they should play in the festival. On September 4 of the same year, they held a show in honor of the five-year anniversary of their first full-length album, Fluorescent Youth.

On April 20, 2018, the band posted on their official Facebook page the words: “For anyone still listening, thank you and please stay tuned…”. Not more than seven days later, Conditions announced that they were together in a Baltimore studio. They posted videos of “studio progress” the week after that.

On December 14, 2018, the band released their latest single “Give It All”, which is available on Spotify, iTunes, and YouTube Music. Fans can only expect more content from the band as they continue to update their social media with news and information about their music.

Some links to their music: