Casio CDP-130 Digital Piano
4.4
From it reverb effect that can recreate the rich acoustics of a concert hall and a grand piano and electric piano tone setting, no wonder the Casio CDP-130 hit the top in the market. This piano is suitable for all, whether you’re a beginner or an expert this will serve you well without costing you so much.
CHECK PRICE ON SWEETWATER CHECK USED PRICE ON GUITAR CENTER
We may earn commission from purchases made from our links, at no additional cost to you.

The Casio CDP-130 is a digital-sounding piano that offers more than it’s previous model. The CDP-130 comes in interesting options and the amount of sounds is now doubled. Moreover, the piano will provide you a visceral immediacy when you are playing.

The color of Casio CDP-130 comes in two different finishes. You can choose either silver or black. Design wise, the   main control panel features all of the main controls. This includes the power button, volume controller, and demo key. It also includes buttons for selecting various tones, with an added touch response feature.

Aside from this, it also features two 8W-oval sound speakers, that gives full force and high quality sound. The jacks of the CDP-130 Casio can be found at the back of the instrument.

The Casio CDP-130 come s with an AHL sound source engine that provides ten high quality tones. With that, the instrument sound better before. Aside from that it has some sound enhancements that could recreate grand piano sounds.

Regardless of its entry level concept, the CDP-130 offers a realistic experience which is perfect not only for starters but as well as those who have been playing piano professionally. Thanks to the well-sounding piano that can play well for gigs.

This digital piano comes with a lush reverb effect that emulates to large halls. Also it is equipped with function that creates warm acoustics of a concert. In addition, it has an all built-in tone that provides you piano and instruments acoustics tones.

It also comes with advanced functions, such as the built in DSP which is good for changing the Reverb intensity and depth. It also has the Transpose and Touch Response feature. Aside from this, the Tempo or Beat can be controlled by means of pressing the function button and the desired note.

The full force speaker of Casio CDP-130 gives an impressive piano sound. Also the sound can be enhanced. Thanks to the built-in hall effect button. Moreover, there is an improved string tone that ensures each music piece is unique. 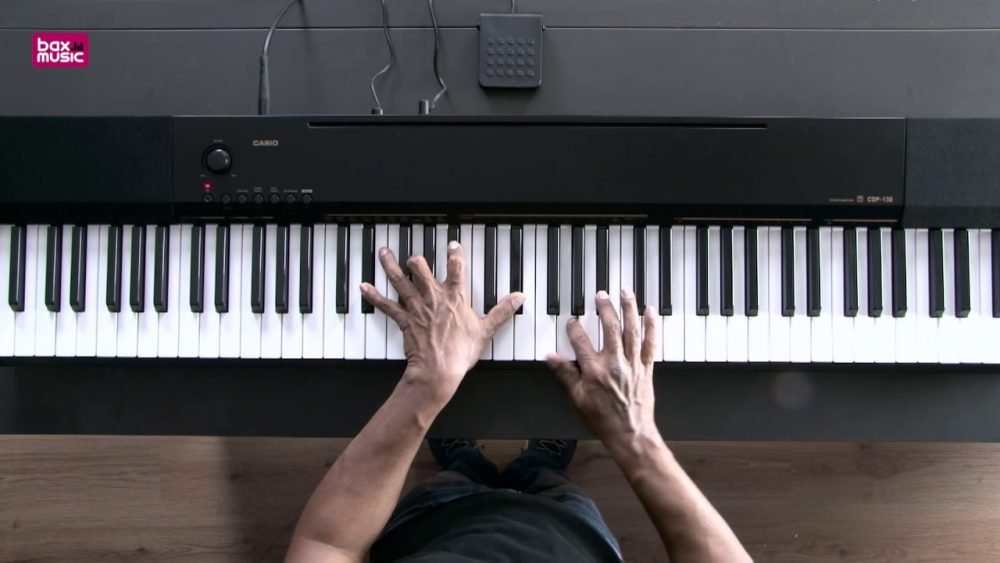 The Casio CDP-130 comes with a 48 polyphony sounds for playing complex passages of classical music. Also, you won’t have any risk of dropped notes while you are playing bigger chords in Layer mode.

Most of the customers gave Casio CDP 130 review that they do not get contented with the nature of the sound coming from the speakers. The sounds appears as rather conceal and dull as compared to the clear and fresh sound that you would more likely anticipate. To cure this sound issue, you can use earphones as you sidestep those inward speakers.

In addition to this, another potential issue is the little jack measuring 1/8 inch only. Which is a mistake. They should have made a ¼ inch jack so you can first, associate the yield to a more advanced blender and speaker whenever you perform live and second, use a good quality earphones.

Other Digital Pianos to Consider

In conclusion, the Casio CDP-130 is cheaper than most digital piano that can cover all your musical needs. Moreover, it is cost-effective with it’s high quality sounds and more options than the previous model.

Casio has improved its entry-level product by adding even more options in a digital piano that ships for a lower price than its predecessor. The CDP-130 offers ten good sounds, a great 88-key hammer-action keyboard and a great bunch of modes, but in order to be the perfect solution for beginners, Casio must add other important features, such as the half-pedal support and some sort of lesson mode.

Casio CDP-130 Digital Piano
4.4
CHECK PRICE ON SWEETWATER CHECK USED PRICE ON GUITAR CENTER
We may earn commission from purchases made from our links, at no additional cost to you.

Finally, although this model is very economical, it happens probably for a reason. One thing is that, it is developed out of shoddy plastic. Also, this model of Casio CDP-130 is a model that has to be well-taken care of. When you are carrying it, you should be careful in handling it as it can be effectively harmed when conveyed often. With this, I highly encourage you to use a defensive piano case that could dodge any harm that you would expose to it.

Guitar vs Piano – Differences, and Which is Better to Learn?