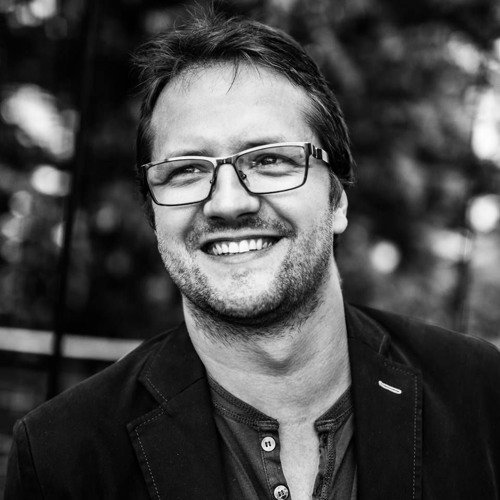 Arkadiusz Reikowski was born on May 23, 1983, in Kraków, Małopolskie, Poland. He is a composer, producer and audio designer for various films, games, television and media. His scores and pieces are heavily influenced by oriental music, being inspired by composers such as Kenji Kawai, Joe Hisaishi, and Akira Yamaoka.

Arkadiusz is a self-taught musician who started out by performing in various Polish bands. However, he has been producing soundtracks and musical scores for different games and shows for almost 11 years now.

In an interview with Sam Hughes of The Sound Architect, Arkadiusz claims to have begun his journey into musical composition when he first fell in love with a guitar, followed by hearing the “Ghost in the Shell” soundtrack by Kenji Kawai. The soundtrack of the games Final Fantasy and Silent Hill also contributed to his interest towards musical composition.

Arkadiusz first partnered with independent and amateur game developers of Poland, working to develop a free game. He faced challenges in developing games with his team (called Aazero Interactive), especially since they lived on different sides of Poland and that they worked for free and for fun.

Arkadiusz claims that the major turning point for his career was when he was hired as a composer for a game entitled “Sadness” produced by Nintendo Wii. However, the game was cancelled in 2010 due to conflicts with deadlines, external developers, and the permanent closure of the Nibris company. This job gave Arkadiusz’ profile a major boost to other companies, convincing him to pursue the path of musical composition.

Before working for game producers Bloober Team, Arkadiusz was hired by producers IMGN.PRO, tasked to create the soundtrack for horror and survival game Kholat. The game is available on Steam with a rating of 6/10 from players who have purchased the game. It can also be played on PlayStation 4, Nintendo Switch, Xbox One, Windows, and Mac.

Another year working with Bloober Team had composer Arkadiusz Reikowski create a soundtrack for yet another game. The game, entitled “>observer_”, is available on Steam with a rating of 9/10. Ever since its release in 2017, the cyberpunk psychological horror game has received the award Polityka Passport Award for Digital Culture.

In many of his profiles, it is often mentioned that his musical compositions are heavily inspired by oriental or eastern music. Arkadiusz’ goal in creating soundtracks is to create emotional, unforgettable, and dynamic scores.

Composed by Akira Yamaoka, the Silent Hill soundtrack gets repeated in almost every interview featuring Arkadiusz. Arkadiusz comments that the combination of emotional, delicate, and grim music in the Silent Hill soundtrack made the game even greater. From this inspiration, he is very happy to say that he loves being tasked with dark and horror video game projects. Although, Arkadiusz also exclaims his disappointment at the cancellation of the sequel to the video game, Silent Hill P.T.

Ghost in the Shell – Anime

With Kenji Kawai responsible for the musical score of the hit Japanese anime “Ghost in the Shell”, Arkadiusz fell in love with music at a young age; he took interest and fell in love with musical composition, thanks to the music in the anime. In an interview with Sam Hughes, Arkadiusz claims that Kenji Kawai was his “master since childhood” in an interview with Sam Hughes, expressing his love for how easily Kenji can create beautiful and emotional melodies.

Arkadiusz Reikowski works for Bloober Team as their in-house composer. However, he has also made notable partnerships with people in not only the gaming industry, but also the media and film industry.

Together with director and producer Adrian Bol, Arkadiusz composed the soundtrack for the movie Legacy of Lies. The movie follows the story of an ex-MI 6 Agent as he uncovers the truth about underground secret services. The movie has won two awards in the 2020 Accolade Competition and is set to be released in the United States on July 28, 2020.

Peter and Arkadiusz cooperated to produce the soundtrack of the 2019 game Irony Curtain. It has a rating of 9/10 on Steam and 4.5/5 on Adventure Gamers.

Arkadiusz is currently working with renowned composer Akira Yamaoka on a video game being produced by Bloober Team. The much-anticipated video game is entitled “The Medium”, yet another psychological horror game from the company. The game is expected to have a terrifying soundtrack given that renowned composers Akira and Arkadiusz are tasked with the musical score. The game is set to be released on the Holiday of 2020 on the Xbox Series X and Steam.

With the help of his friend, Arkadiusz was tasked to create the soundtrack for the game “Layers of Fear”. For the main theme of the game, he worked with singer Penelopa Willmann-Szynalik. The main theme of the soundtrack takes on from a scene of the game, wherein a music box (denoting the protagonist’s child) is combined with a piano (denoting the protagonist’s wife) to create a hauntingly dissonant and ominous piece.

Working for Bloober Team, Arkadiusz had to create the musical score for most of their horror games. >observer_, a cyberpunk psychological horror game is heavy on electronic music. This was a new field for Arkadiusz, as he normally had to work with piano and voices. However, Arkadiusz is very happy to learn and work with a new field.

Arkadius is responsible for the musical score of many video games. Some of these video games are:

Arkadiusz continues to work for Bloober Team and has not made any announcements regarding his retirement from the industry. Fans can expect more compositions from Arkadiusz in up-and-coming games, movies, and shows.

Some links to his music